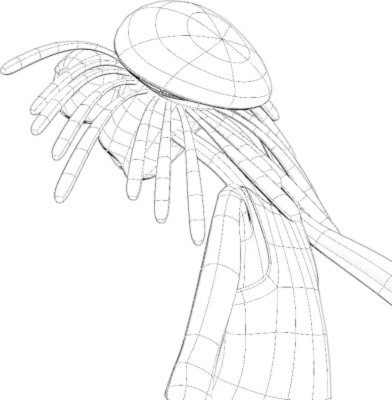 3D animation is relatively recent, but over the past decade it has taken a significant place in many areas not only related to animation. This is a way to see an almost real picture due to the volume and detail, to get a "presence effect". So 3D technologies are used in architecture, construction, advertising, design, and modeling. But the largest part in 3D animation is occupied by cartoons, animated series and computer games.

The main stages of the production of 3D cartoons are the same as for 2D ones: script, character creation, storyboard, animatic, location creation, animation and finalization of the finished cartoon. The differences and complexity of 3D lies in the fact that all objects and characters must be three-dimensional, so additional steps are involved in the production of 3D animation.

In terms of 3D animation technique, it is more difficult to perform and more time-consuming, but it allows you to create virtuoso and dizzying objects. Aerobatics 3D - achieving the most realistic actions, movements of characters or objects.

Stages of creating a 3D cartoon

The first and most important step is writing the script. This is the basis of the future animation work. The concept is clearly written here, all the storylines and twists, everything is written down, even the smallest actions of the characters. Each scene is prescribed separately with a description of the locations, time of day, scenery, musical accompaniment. Also, characters are written in the script, from the description of which the artists and animators should get a complete visual image of each of the characters. It is important to describe in detail the appearance, character and mood.

The script is, in fact, a technical task for the animators, artists and director. They return to the script at each of the stages of creating a cartoon.

When the finished script is already in hand, the director, artists and animators get to work. Their task is to visualize what is written in the script. Sketches of 1-3 variants of each character are created, the best ones are selected and finalized, while in 2D format and in the form of rendered sketches.

Next comes the storyboard. She helps the cartoon get its first visual incarnation and understand how everything will look like in the end. It looks more like a black-and-white comic (but there are also color, schematic and clearly drawn ones, depending on the complexity of the cartoon and storyboard tasks), where each frame is one scene. The background is schematically drawn, characters and scenery are exposed. Based on the storyboard, the artists draw the background and locations where the cartoon will take place.

A stage that is not present when creating a 2D animation. Here the character becomes three-dimensional and it becomes possible to move. Each hero goes through three stages:

Modelers receive ready-made 2D sketches of characters and convert them into finished 3D models. Such an object has no color and looks like a three-dimensional geometric figure, consisting of a grid of curves that give the object a three-dimensionality. So far, the model is the shell of the future character and cannot move or gesticulate, but it must be perfect from any angle.

Next, our characters receive color, textures, the ability to reflect and absorb light. The process is more complicated than it seems at first glance. So the character's skin acquires its own shade, roughness for realistic perception. Clothing can look both flawless and well-worn with puffs and scuffs.

The rigging stage is the process of bringing a 3D character to life. Each has its own "skeleton" and control system. Each hero becomes complete. He is already able to move, blink and express emotions. 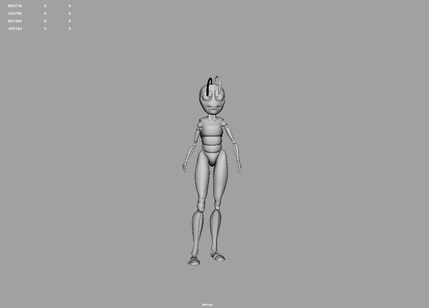 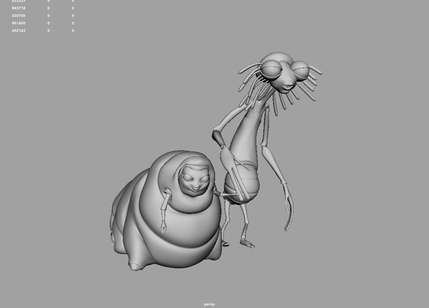 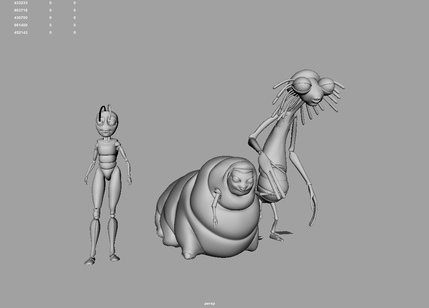 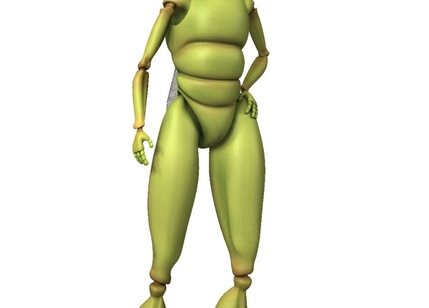 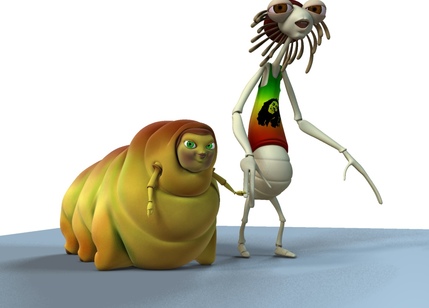 When working with 3D, an animatic is created in the same way as in 2D. Characters are placed in scenes and locations, transitions between scenes, movements of characters and their interaction with each other and objects are created. It doesn't look smooth and aesthetically pleasing. At this stage, key frames are created - the movements of heroes and objects from point A to point B, the timing of each scene and each action is adjusted. Also, before creating our animatic, we make sure to record the voice acting to build the timeline of the scenes.

Based on the scenario and animatics, computer 3D models of all objects and locations of each scene are created, which also receive their own colors and textures. At the same time, musical accompaniment and sound effects are created.

The most technically difficult and key moment in creating 3D animation, where we get an almost finished cartoon. On powerful computer equipment, in special programs, frames are rendered and joined, their duration is calculated, all layers are connected, the movement of the camera and light sources, sharpness and blur.

The final stage of creating 3D animation, which includes adding special effects, voice acting and background sounds. Various details are also being finalized, the excess is removed, the standard “polishing” and bringing the cartoon to perfect condition.